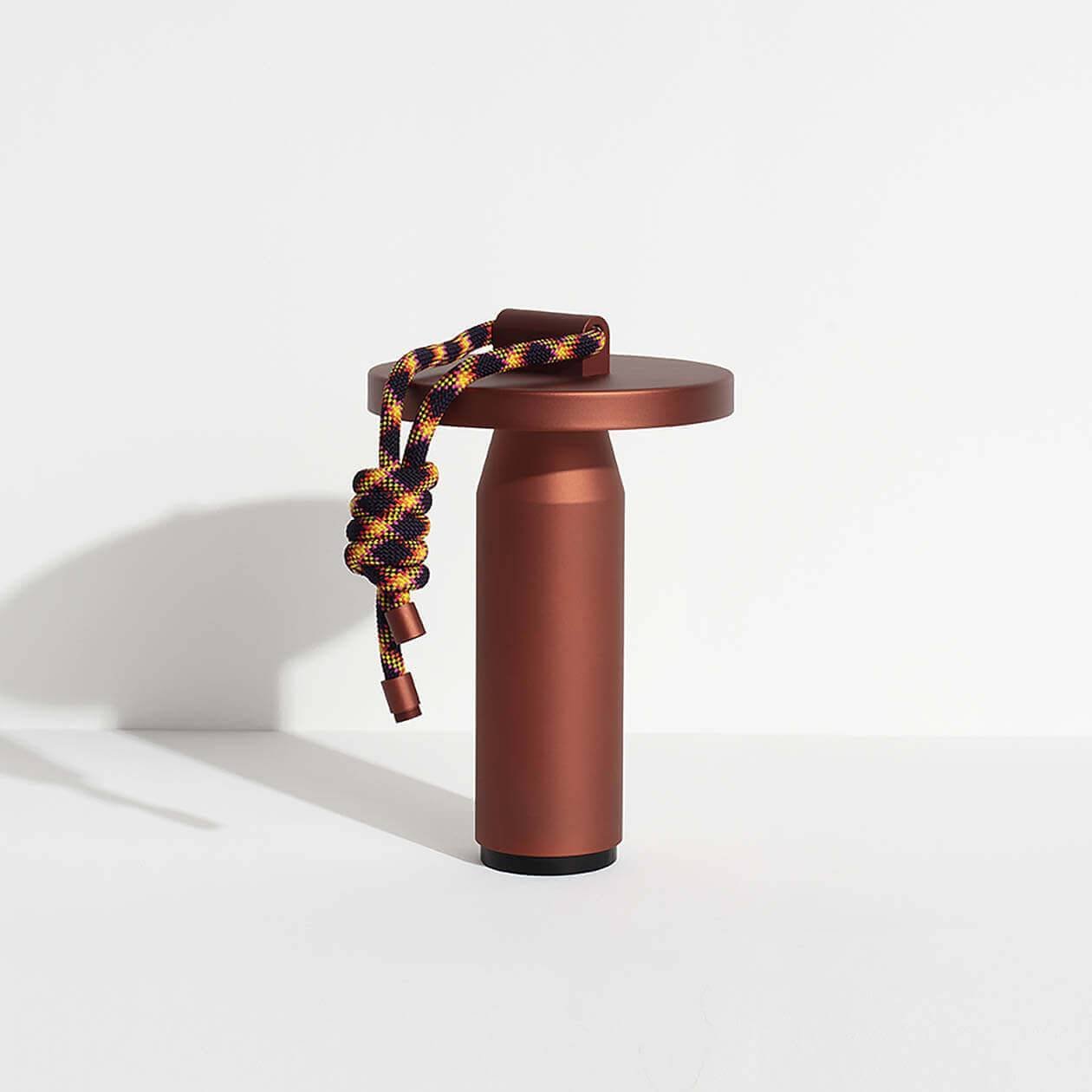 Fascinated by circular shapes, Samy Rio wanted to give this object a look that was as pure as it was quirky. Deeply attached to the art of craftsmanship, it took Samy two years of research to bring his concept into production, a perfect compromise between technical choices and efficient use.

A nod to the world of astronomy, Quasar (contraction of ‘quasi-stellar’) is the brightest star in the galaxy. The Quasar portable lamp is nothing short of its inspiration thanks to its very powerful, modular light output. Rechargeable and cordless, Quasar can be used for long periods of time without being plugged in: 6 to 12 hours depending on how bright you want to light up your long summer evenings or add accent lights to your interior. Available in 5 colours.

• Do not use abrasive or metallic cloths, scouring powders, or any other detergent.

• In order to preserve the depth of our colours (rope and lamp), we advise you not to leave your luminaire in the sun for a long time. 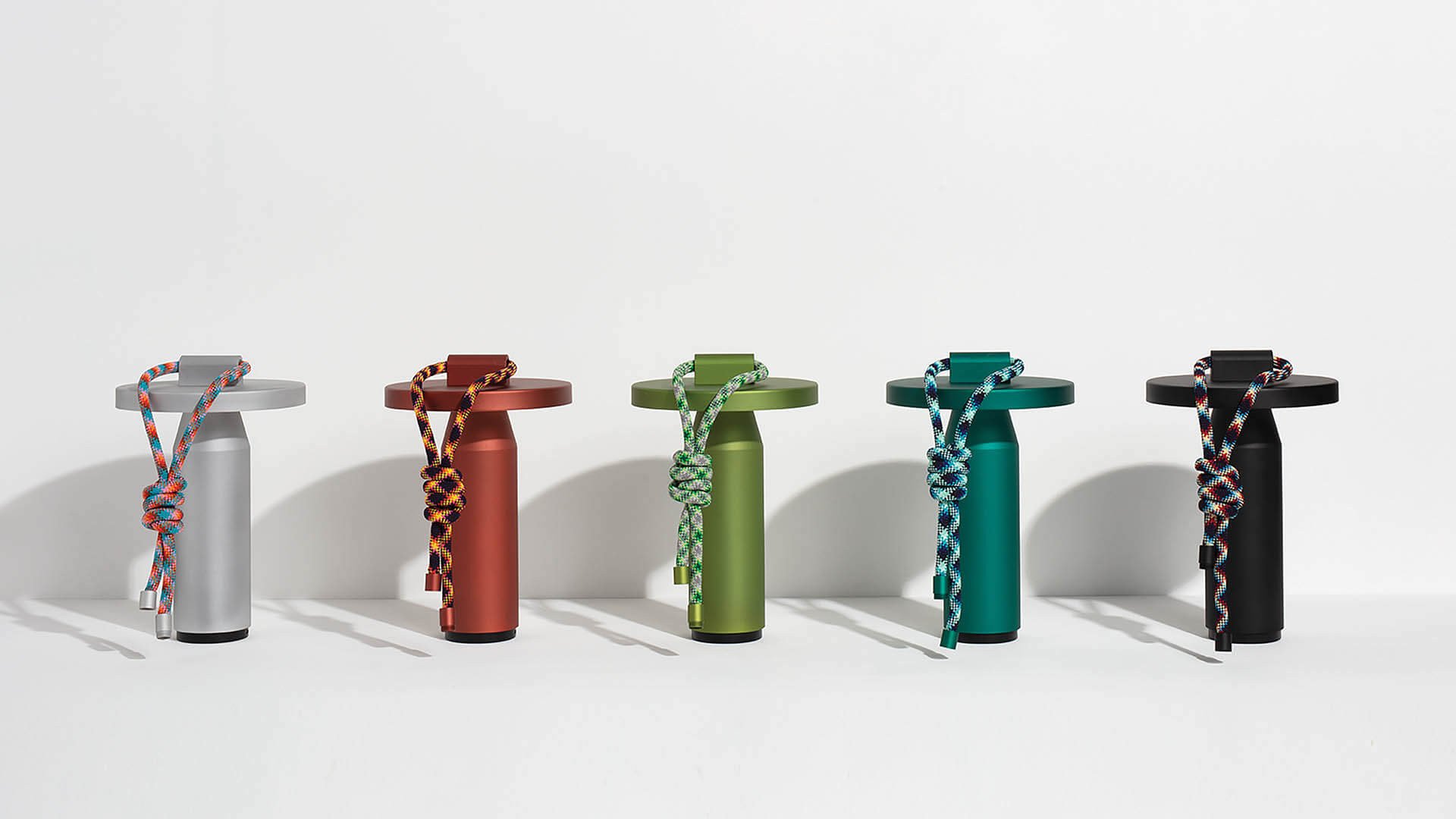 Based in Arles, Samy Rio brings craftsmanship to industrial design as a means of improving the quality of his designs while maintaining a keen handle of the countless sustainable pieces he produces. Hand-made designs and industrial processes are often seen as being opposing yet interdependent, yet in bringing the two together, the young designer has breathed new life into neglected traditions of craftsmanship while curbing the pull of mass production. Samy Rio taps into his training in cabinetmaking and industrial design to foster his own hybrid view of creation and put it to the test.

For the past five years, the ENSCI-Les Ateliers graduate has produced a prolific body of work with ingenious takes on ways to use bamboo, glass, ceramics, and, more recently, invasive plants. Far from stopping with the initial output of his research, Samy Rio then applies his findings to the design of new materials and products. Simple and sleek in appearance, Samy Rio’s pieces question the role design plays in exploring the theoretical underpinnings of sustainable practices by combining materials and processes

Samy Rio won the 2015 Villa Noailles Design Parade award. The award paved the way for Samy Rio to then embark on a series of prestigious residencies – such as Villa Kujoyama in Kyoto and the NTCRI in Taiwan – and to collaborate with the Manufacture Nationale de Sèvres, the CIRVA (International Centre of Glass and Plastic Arts), and the Galerie kreo. Through these different experiences working with glass, ceramics, wood, and bamboo, he has continued to explore the interactions between craftsmanship and industry, tradition and new tools, as a means of analysing the ways we produce objects as much as the objects themselves. 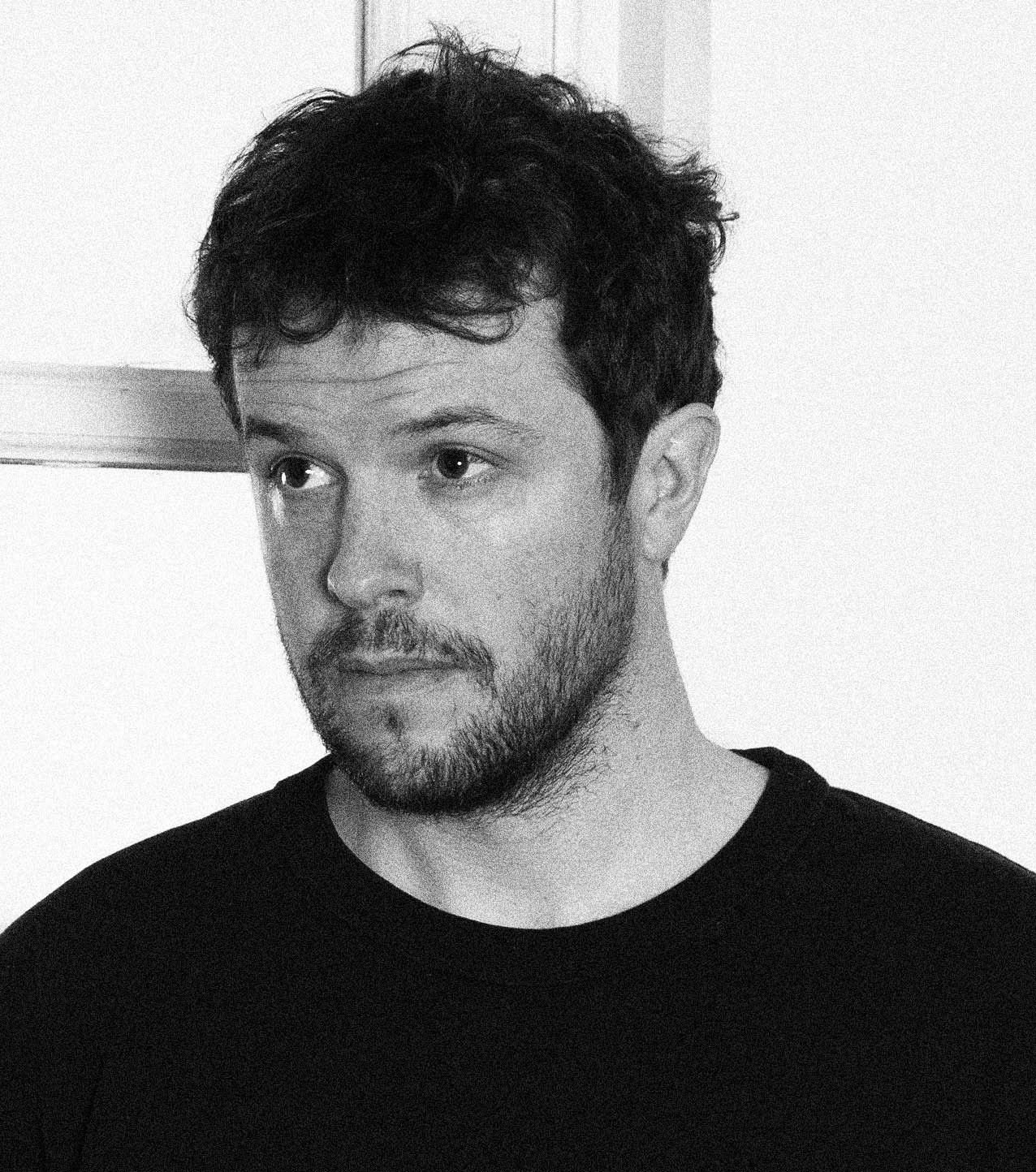 Its mould resistant cord means this portable lamp has countless uses. Outdoors, it can be suspended from a tree above a patio area, or hung from a pergola, or simply placed on designer garden furniture like the Weekend rectangular table.

Designed with high-quality materials such as anodized aluminium, it is made to stay in your company for years to come. The lamp base is made of ABS (shock resistant polymer) using 25% recycled materials. Certified IP54 waterproof – protected against dust and water sprays at any angle – this wireless lamp is made to last when used outdoors. Lamps with a lower grade tend to deteriorate when placed outdoors by the sea.